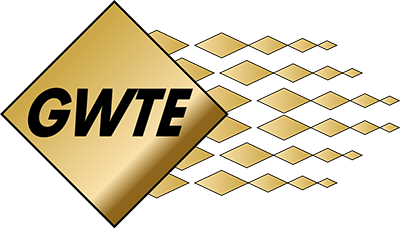 How can we help?

Our experienced Towing, Tow Truck Technicians take pride in the quality installations of Tow Trucks, Auto-loader Wreckers and Flat Bed Car Carriers, and our knowledgeable salesmen are ready and willing to help you find the Tow Truck, Wrecker or Car Carriers that will meet your needs.

How can we help?

Hector brings extensive experience and expertise in the towing industry to the team. “With a few years’ experience in the Towing Industry and with the support of the best team of Technicians and Parts experts in the business I can offer Golden West customers a satisfying experience when dealing with us on every level; light, medium, heavy duty wreckers and carriers." Cell: 714-322-0228

Coming into towing equipment from the Aerospace industry, where he was a certified welder and sheet metal mechanic, Oscar started at Competition Wheellift in May of 1992 as a Mechanic’s Helper. Within only six months he was a lead technician, and was assigned a helper to assist in the production of all types of towing equipment. However, Oscar’s specialty was Eagle Claw tow trucks. After 5 years as a tech, Oscar joined the parts department where he was soon promoted to Parts Department Manager. After another 5 years, he then rose to Operations Manager, and holds that position today here at Golden West, after Competition Wheellift closed. So, to say that Oscar knows the jobs of his techs from the ground up is a conservative statement. He is invested in making sure the operations of Golden West Towing Equipment run smooth and sound and is willing to help achieve the utmost customer service in any way he can. He is experienced, quality assured and innovative.

Troy Tutunjian has been involved in the towing industry since very early in his life, having worked alongside his dad and brother at a Shell gas station with an automotive repair shop in Santa Ana, CA. In 1995 Troy ventured out on his own in the industry and recently has joined the Sales staff at Golden West, looking forward to helping his customers through his years of hands-on towing experience.

Mark joins the Golden West Towing Equipment team having spent over 20 years in distribution center management. Managing large groups of people, multiple projects and priorities, while providing his customers with the best possible customer service, have all contributed to his foundation for the following 10 years in the Customer Service and Sales fields. Treating people in an ethical and courteous manner, his desire to satisfy his customers and build long term relationships is always at the forefront. Though new to the Towing Industry, Mark is determined to learn the business and thus best assist his customers in making the best choice possible for their specific application and business needs.

Manny has over 10 years of experience in the automotive customer service background. He attended schooling to be an ASE certified technician before he came into the towing industry. Manny joined the Golden West crew as a parts sales associate and quickly moved into the Parts Manager position. His experience with parts sales, customer service, and service writing provides him with the background he needs to provide you with superior customer service and get the information and parts you need to keep your equipment running smoothly.

Jerry Burks has been in the Towing Equipment Industry for 25 years. He worked as a Towing Equipment Parts counter person at Golden State Wrecker Sales from 1983-1985. He worked at the parts counter and also worked in the shop, building Century Wreckers and Car Carriers with Cliff Watson. In 1985 Jerry worked as the parts manager at Jerr-Dan’s factory store in Fontana California for 6 years where he eventually became a Tow Truck Salesman. He has been selling Tow Trucks for 18 years. In 1991 Jerry worked at Golden State Wrecker Sales as a Tow Truck salesperson. He worked there 4 years providing Century, Challenger, Holmes, Eagle, and Champion Towing Equipment to his customers. Then n 1996, Jerry worked at Fire-Bann selling Jerr-Dan Towing Equipment. In 1997 Jerry joined the Competition Wheelift sales team where he has become the leading Heavy Duty Tow Truck Salesperson in California. He has worked the Inland Empire, Desert Regions, and San Diego Area for the past 12 years while at Competition Wheelift. Jerry has dedicated most of his working life becoming an expert in Towing Equipment. He is very knowledgeable in Towing & Recovery with Certifications in Light Duty & Heavy Duty Recovery through the CTTA Training Courses. Jerry can make your purchase of a Towing Vehicle a pleasure because of his expertise in this field.

Gale King joins Golden West Towing Equipment bringing with him 35 years of hands on experience and passion for the industry. Gale actually started in the towing industry in 1976 running calls as a tow operator. Then, from 1985 thru 1990 he was factory sales representative for the JerrDan factory store in Fontana, serving towers and dealers throughout southern California. 1990 found him at Golden State Towing Equipment Santa Ana, CA, where he stayed until 1992, when he joined Orange County Towing. After 22 years there, Gale has seized the opportunity to be part of the team at Golden West, where he brings his passion, interest and considerable practical experience to his customers throughout Orange and Los Angeles Counties.

Hector, Jr. joined the team bringing 14 years of sales and customer service experience with him. He is excited to work with the best in the industry and helping you find the equipment you need to meet the demands of your business. Cell: 323-742-6395

For over 25 years, Russell has been selling tow trucks! Starting with United Truck Sales in 1983, offering wreckers and carriers from both the Holmes & Challenger lines, heserved Orange County and greater Los Angeles, helping towing companies expand their fleets. In 1989, Russell joined Holmes West, Santa Fe Springs, where he saw innovationcome alive with car carrier and wheel lift combination. In 1993, Golden West Towing Equipment was formed by the merging of Golden State and Holmes West, which expanded the product line, with Century being the dominant brand. The merger joined together both sales teams and selected dedicated technicians, to build a strong and efficient team. Golden has been home for Russell for 19 years. He is as customer focused as ever, giving his customers the edge with his experience, history and knowledge of the industry. Russell has been affiliated with tow equipment sales for over 25 years. He has been with Golden West since it's inception. He serves the Los Angeles County area including the 562, 310 and 323 area codes. "You can't go wrong when you deal with Strong"

This link leads to the machine-readable files that are made available in response to the federal Transparency in Coverage Rule and includes negotiated service rates and out-of-network allowed amounts between health plans and healthcare providers. The machine readable files are formatted to allow researchers, regulators, and application developers to more easily access and analyze data.

Your session will expire in . If you want to reset this timer, please click OK.